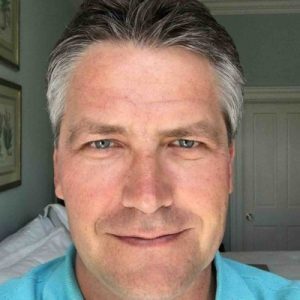 In July 2019, Thomas Mende joined the Binder Group as the President/CEO of Binder Timber Inc., the company handling sales and distribution for Binder Group products in the Americas.

Thomas has worked in the wood products industry since 1990. From 1990 until 2006, he worked for New South Companies, Inc. (NSI) in Conway (SC), USA, a manufacturer of Southern Pine wood products. During that time, he focused on exports from the USA to Asia and Europe and imports from South America and Europe. In 1997 the company became the exclusive importer of Klausner in the USA. He also developed the distribution system for Klausner in Asia and in Australia. In 2005, he was named Sr. VP Sales for all New South Companies.

In 2006, Thomas joined Klausner and developed sales in the Middle East. In 2007 he was appointed as the President of Klausner Trading USA the company responsible for sales and distribution in North America. Thomas also started the Shanghai, China and New Delhi, India sales offices for Klausner.

Thomas is from Wiesbaden, Germany. In 1990, he received a degree in business administration (B.S.) from USC at Coastal Carolina College in Conway (SC), USA. During that time, he was awarded the Outstanding Student Award in Marketing. In 1994, he received an MBA from the University of South Carolina in Columbia (SC), USA. Mr. Mende became a naturalized citizen of the United States in 1996.

Thomas has traveled to 86 countries and has conducted business in 46 of these countries. He brings a unique, global perspective to the industry especially when it comes to marketing wood products.